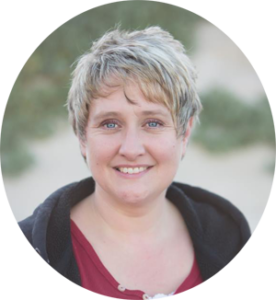 Born in the Mother City in the mid 70’s, Michelle’s determination and strong will was evident in her refusal to attend nursery School. Her journey in the freight industry began at the tender age of 3 when she started going to work with her mom.

“I took a short sabbatical from freight during my schooling years. It became rapidly apparent that traditional schooling was not stimulating enough to capture my energy and imagination. I dabbled in a few things but only felt at home when I returned to my passion and calling in late 1994. What I know today, I learned from working beside my mother.”, Michelle shares.

What I know today, I learned from working beside my mother.

Helen, Michelle’s mother, was a pioneer woman in the freight industry. She privately owned & funded a business that supported her family and uplifted many who worked for her. After losing her husband, Michelle’s father, she grew the business through sheer determination and a resolve that giving up was not an option.

“These values have shaped my own guiding principles. I gained invaluable knowledge from her until her retirement in late 2010 due to sudden illness”, Michelle says.

These values have shaped my own guiding principles.

In June of 2012, Michelle left the familiarity of the family business and took employment and consulting work within the freight industry from 2012 to the end of 2017. Although successful, in each endeavour there remained within her a restlessness to follow in her mother’s footsteps.

During her 20+ years in the industry she has worked in almost every division/department of a freight forwarding and customs clearing company/agency.

“I started at the bottom and learning from others, I developed industry knowledge & skills resulting in senior management positions”, she shares.

I started at the bottom and learning from others, I developed industry knowledge & skills resulting in senior management positions.

Michelle has gained international experience through membership in global forwarding networks. Attendance at these annual conferences has afforded her the opportunity to partner with top agents worldwide. These longstanding relationships that she has formed along her journey has been key to the opening of JETAM’s doors.

Working in a family owned & run business afforded Michelle the opportunity to expand herself.  Allowing her to be key in taking her mom’s business from being a predominantly customs clearing agent/service provider only to a player in the international forwarding realm. During her time in the family business, their company was nominated and awarded (multiple times) as the leading agent in Africa in this large global agent’s network.

On the 1st of January 2018, Michelle realised her dream of walking in her mother’s footsteps.

Michelle says, “Despite the risk and those who said it would not work, I took a leap of faith. With the support of a loving husband (my partner in every way since 2000), awesome kids (3 of them), extended family & close friends; the doors of JETAM were opened.”

Despite the risk and those who said it would not work, I took a leap of faith